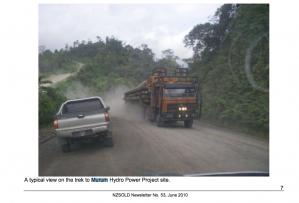 The Environmental Impact Assessment (EIA) for the Murum Dam clearly stated back in 2008 that it was a “High Risk” project, in several categories concerning basic safety, we can now reveal.

In particular, the report referred to the problem of sedimentation of the upper Murum River, caused by current logging, as one of the major causes of a “High Risk” situation, in which the dam might fail.

Failure of Murum, the report spells out, would in turn cause a “cascading failure” of the Bakun Dam and wipe out over half a million people in a “catastrophic” event.

Sarawak Report has now further accessed a recording of a statement by Murum’s former Project Director, the Hydro-Tasmania engineer Andrew Pattle, in which he admits that logging in the Murum Catchment area is causing huge volumes of earth to silt up the river, leading to recognised dangers in terms of flooding or breaking the dam.

In the recording Pattle says:

“Logging and hydro-development are conflicting land use requirements, very conflicting…. but our ability to stop logging [at Murum] is negligible, we are not going to be able to stop it. We need to be realistic”  [Andrew Pattle, speaking to Institute of Professional Engineers New Zealand 2012]

Sarawak Report asks why any responsible authority would knowingly construct a dam, which had been categorised as “HIgh Risk”, thereby threatening the lives of half a million citizens and do nothing to at least counter the dangerous effects of continuing logging in the Murum catchment area?

And, why would a responsible engineering company like Hydro-Tasmania encourage the building of this dam, if it knew that in Sarawak it would be impossible to stop Taib Mahmud’s crony company, Shin Yang, logging in the catchment area up-river – an action that directly threatens the safety of the Murum Dam? 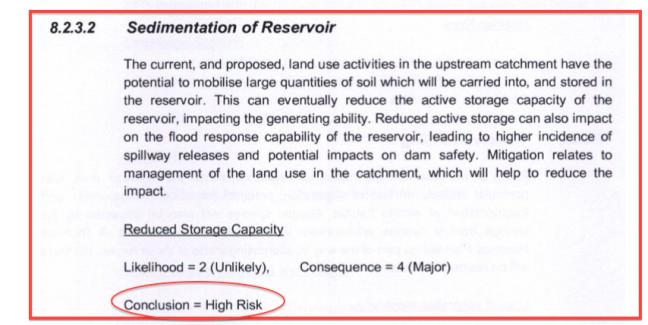 For ‘land use’ read logging! Even though reduced capacity is judged “unlikely” in the report the danger of the consequences would be “Major”, which puts the project in the “High Risk” category

The Murum Environmental Impact Assessment (EIA) was kept hidden for years, but has now been made widely available by its publication yesterday on Sarawak Report.

It explains that the danger in building the Murum Dam lies in the fact that Bakun further downstream would be unable to withstand the impact if Murum breaks.

This would cause a “cascading failure” of both dams with “catastrophic” consequences along the lower Rajang River basin.  Therefore, even if the likelihood of failure is rare, the project should be categorised as “High Risk”:

Likelihood or a dam break is ‘Rare’ (subject to construction variables) but consequences of Murum would be ‘Catastrophic’, so the project is HIGH RISK

Throughout the report the same point is made.  The likelihood of a break in Murum is low (as long as it has been properly built), but the effects if it did break would be so catastrophic that the project should be considered “High Risk”.

This point also applies to the danger of earth tremors. Even though the risk is low in this region, the report says, there is a “High Risk”, because the consequences would be so extreme:

Likewise the threat to the life of plants and animals in this area, which till recently one of the most valuable natural habitats left on the planet is inevitable and “High Risk”.

The river has now dried up because of the dam impoundment with catastrophic effects on wildlife, as feared in the report.  The “High Risk” has already proved entirely correct in this category.

High risk to animals and plants already born out at Murum, which has dried up! 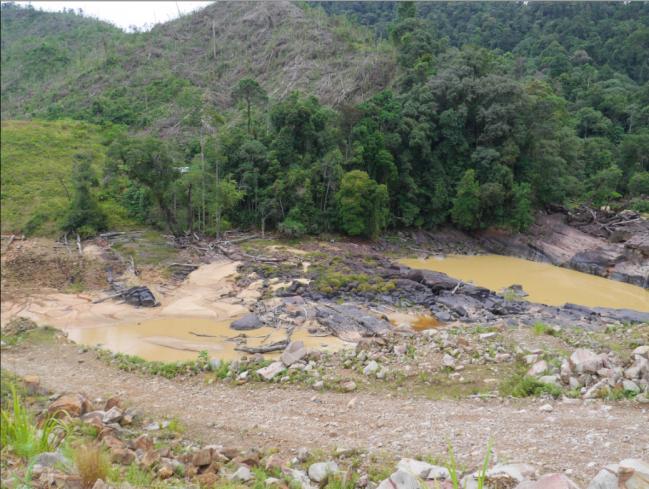 The once mighty Murum is now dead, along with its wildlife.

None of this stopped Taib Mahmud continuing with the project to build Murum Dam back in 2008, even though the report said there was little that could be done to mitigate the impact of diseases.

What motive for Taib Mahmud?

These revelations will inevitably leave all Sarawakians wondering what possible reason could there have been for Taib to persist in building a dam which no longer had any purpose?

Remember, the purpose for building the dam, which was given in the so-called official “Statement of Need” had already been found to be false.

The “need” given for building Murum was that all the electricity from Bakun would go to West Malaysia. This was soon found to be a technical impossibility and Bakun itself is only running at 50% capacity, leaving absolutely no need whatsoever for a second Murum Dam upstream.

So, why build it? 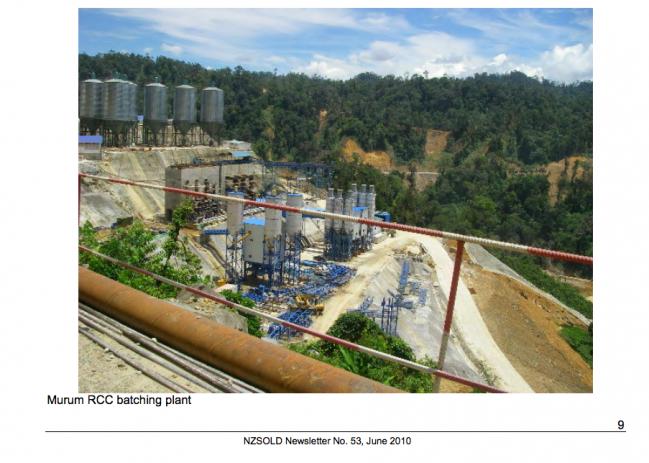 Andrew Pattle, the Hydro-Tasmania seconded Project Leader for Murum pointed exactly to one very good motive in the same symposium of engineers in New Zealand in 2012.

Here, he told other professionals that one of the major challenges in the construction of the dam was the supply of cement, because there is of course a monopoly of cement in Sarawak and “huge” quantities are needed for the building of this and all the other dams.

That monopoly, of course, has been given by Taib to his own family company CMS!

“Its all locally produced.  That’s actually a bit of a problem for us because there is a cement monopoly in Sarawak and occasionally parts of Sarawak run out of cement because of problems of delivery logistics.  So cement delivery is gonig to be a problem particularly for the Baram project, to supply all of the requirements for the dam. Its about 5million cubic metres of RCC (roller compacted concrete), so it is a huge cement demand.” [Andrew Pattle, speaking to Institute of Professional Engineers New Zealand 2012]

Again, we ask on what grounds can such a project have been justified, except to make certain participants wealthy at the expense and safety of others? 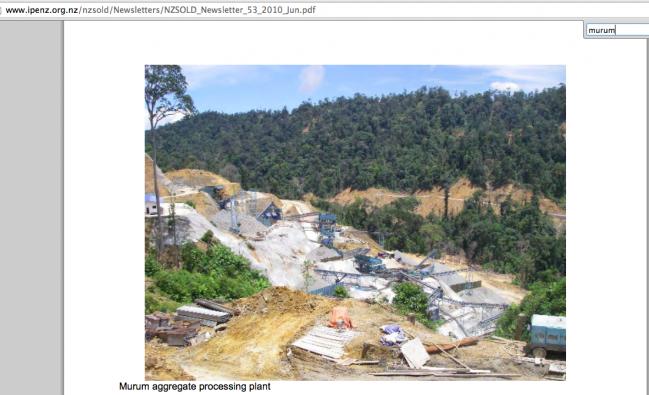 Processing the aggregate at Murum – a project that is “High Risk” for which there is no need.