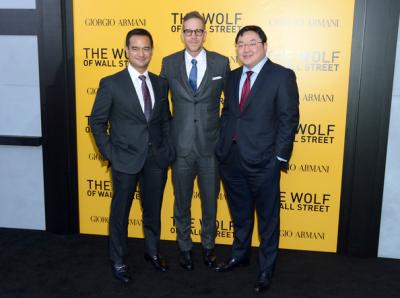 Will Riza Aziz be making libel threats against the New York Times today, after an article that delves into the US spending sprees of his friend, the Malaysian financier Jho Low and questions the source of his extraordinary wealth?

After all, the New York Times has repeated and corroborated every single point that has been reported in this portal about the PM’s stepson’s funding over the past year and confirms the ties between his Hollywood production company Red Granite and Jho Low.

The newspaper has made a further significant revelation, which is that the Hollywood Mansion that Sarawak Report identified as belonging to Riza Aziz was in fact bought by Jho Low and there is no proper record of any further sale.

This raises questions about bribery in Malaysia and about tax evasion in the United States, which are both serious criminal matters. 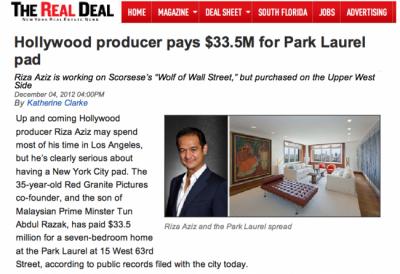 When Sarawak Report first raised the matter of the close ties between Jho Low and Riza Aziz a year ago his lawyers threatened to sue for libel, unless the articles were immediately removed.  We refused.

In two long letters authorised by a senior partner of the law firm Loeb & Loeb, Channing Johson, Riza denied what he called “the strong insinuation that Jho Low ..is a financial investor in the Picture [Wolf of Wall Street]”.

Yet, today the New York Times confirms that numerous Hollywood players have testified they were openly introduced to Jho Low as being the financier of Red Granite Pictures and that this public acknowledgement only stopped after the articles published by Sarawak Report. Low even received a special credit of thanks at the end of the film Wolf of Wall Street. 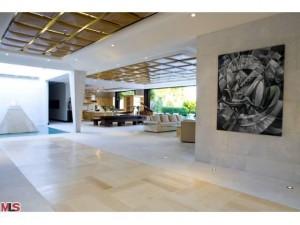 Far more significant and serious with respect to the law in the United States, is the matter of the ownership of the Hollywood mansion at 912 N Hillcrest Road, Beverly Hills.

Sarawak Report established last year that it belonged to Riza Aziz, but in their deny-all-letters his lawyers claimed that the article “contained false statements” including “that Riza Aziz purchased the property in September 2010: This statement is untrue” thundered Loeb.

An acknowledgement that Aziz did not purchase the house? 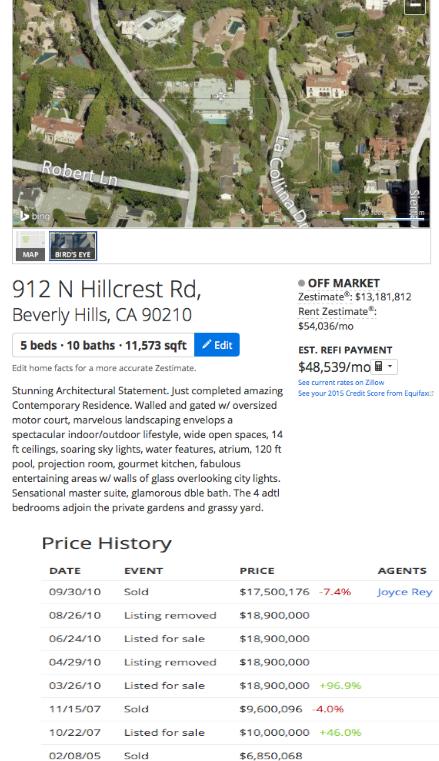 The last recorded sale, as the NYT points out, was in 2010 to the company Low admits was his.

Jho Low have acknowledged to the paper that Aziz is indeed the owner of the house.

Moreover, the Times has further established that the original buyer of the house was none other than Jho Low himself.

This is now admitted to the paper by both men, who claim Low originally bought it then sold it on to Riza Aziz.

So is the reason why Riza’s the lawyer claimed that Sarawak Report’s article was false, because we did not register the correct date of the secret sale, giving only the date of the clandestine earlier purchase by Jho Low, who was hiding his own identity behind a shell company called 912 North Hillcrest Road, incorporated in Delaware?

If so, the ‘vendor’ Jho Low and ‘purchaser’ Riza Aziz have an awkward situation to explain, because the second alleged sale, from Jho Low to Riza, is not registered officially in California, which is a legal requirement because such transfers of ownership involve paying a substantial amount of excise tax.

Or is there a separate reason, also indicated by the careful wording of the Loeb legal letter to Sarawak Report, which is that Riza never actually “purchased” the house at all, because he just moved in without buying it?

“Your article contains the following false statement amongst others That Riza Aziz purchased the property on North Hillcrest Road in September 2012: this statement is untrue” [letter from Loeb & Loeb]

In which case the two party-loving gentlemen have issues to address back home on the subject of bribery, given Riza’s Dad’ position as PM and Jho Low’s clear and persistent dabbling in the investments of the sovereign wealth fund 1MDB, which Riza’s Dad is in charge of and which is currently heading into financial disaster.

And, they have issues to address in the US, because even if you give a mansion to a pal in the United States there is still a matter of taxes to be levied on such donations and transfers of ownership.

If, on the other hand, there was a sale, as now claimed, where is the evidence of the property transfer and tax payments, because no sale has been recorded in the records?

What’s more, according to the Times, the pair have also admitted that Riza Aziz’s flat in New York, bought for a staggering $33.5million, was likewise sold on to him by Jho Low, in what the New York Times describes as an “opaque” deal.

Indeed, this is the same pattern of ownership transfer that Sarawak Report has identified taking place between the Yaw family, who own the vast timber company Samling, based in Sarawak, and the family of ex-Chief Minister Taib Mahmud.

Taib’s own family was in business with Low during 2008-10 as joint owners of UBG bank, before a surprise buy out by the company PetroSaudi.

Once again, Taib’s lawyers are huffing and puffing at Sarawak Report and the NGO BMF, claiming that a perfectly legitimate sale took place between the two families of two mansions at “full market price”.

Yet there is no formal record whatsoever of this alleged sale from Samling to the Taibs in the relevant Seattle property records or that the appropriate excise tax was ever paid for the transfer of ownership [expect more on this matter in later editions of Sarawak Report]: 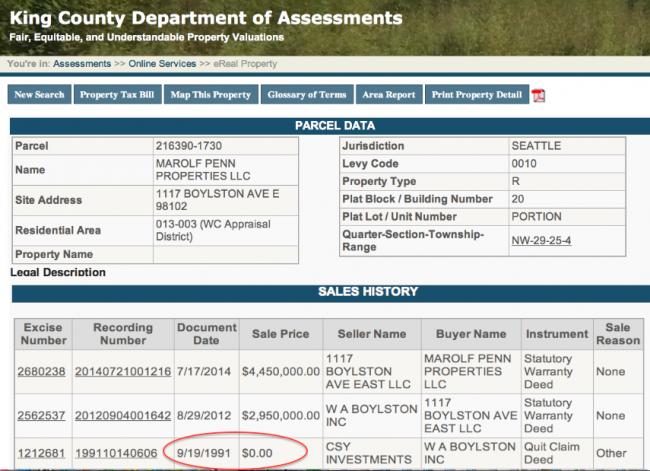 There is no record of the transfer of the Seattle property W A Boylston between the date the Samling Yaw family incorporated it at zero cost in 1991 (because they still owned it) and the date the company was sold by the Taibs to a third party after our expose in 2012.

Questions for Riza’s lawyers and accountants

These are all issues which ought of course to have been pointed out and dealt with by Riza’s Los Angeles lawyers, who were instead busy accepting fees for writing misleading letters.

The wife of the Loeb Partner, Channing Johnson, was after all the personal wealth management advisor to Riza and  her own firm NKFSB had confirmed to Sarawak Report last year that 912 Hillcrest was Riza’s house.  At the very least Debra and NKFSB ought to have advised Riza to register the sale and pay his tax.

It is a matter of record that after Sarawak Report exposed the above cosy arrangement Loeb & Loeb resigned as Red Granite’s lawyers in this matter and Debra Johnson also resigned her long-held position at NKSFB.  She continues as Riza’s private financial advisor. 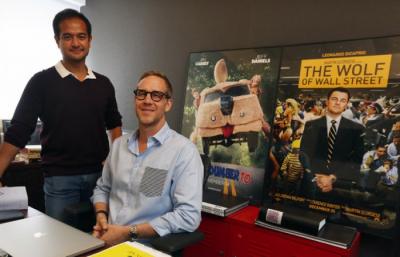 The New York Times article also reiterates what Sarawak Report has reported over the year about the financial connections between Jho Low, 1MDB and the son of 1MDB’s Chairman, who is the Prime Minister. The paper raises the fishy nature of the coincidences that this secretive fund is refusing to explain.

The CEO of Aabar Investments, which has close business ties with Jho Low and 1MDB, has finally ‘fessed up to being the actual backer of Red Granite Pictures and  The NYT also confirms that Low, Aabar and 1MDB were involved together in bidding for the Claridge’s Hotel Group in London, as reported by Sarawak Report last year.

And the coincidence of Jho Low’s involvement in Majestic Masterpiece, a company that part bought up Taib Mahmud’s UBG Bank in 2008, before PetroSaudi finally parachuted in to buy out the whole concern in 2010 at a top dollar price, is also flagged up, by the NYTimes. 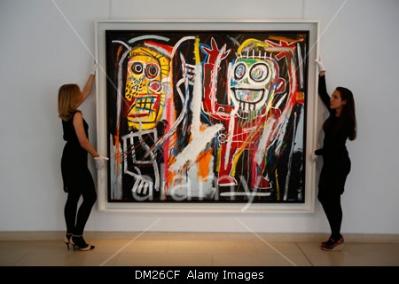 Sarawak Report broke news of this purchase of Dustheads by Low

This buy out of UBG by PetroSaudi happened shortly after the company received a over a billion dollars of investment from 1MDB.

Given there is so much secrecy in the management of the accounts of this public concern no one yet can tell if funds from 1MDB were channelled through PetroSaudi to pay for the deal that so benefitted the Taibs and Jho Low.

What the world has been told is that those funds are still sitting in the Cayman Islands but that it is proving impossible to bring them back to help pay debts owed by the struggling fund. The current reason being given is the weakness of the dollar.

The world has also been repeatedly informed that Jho Low has nothing to do with 1MDB’s investment activities and he has never taken any profit from this sovereign fund.

Yet the NYT confirms a Sarawak Report article in September, which pointed out that numerous 1MDB emails seen by this blog show that Jho Low enjoys a hands on role at the fund. The Times claims it has spoken to three contacts close to 1MDB who confirmed off the record that he has “regular dealings” with the fund. 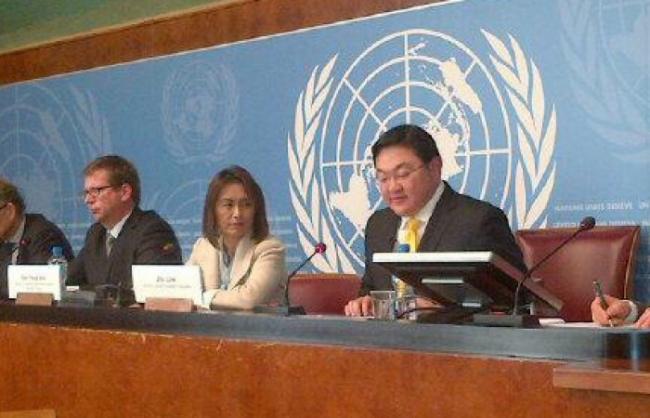