Too Much Partying By Najib's PR Guru Paul Stadlen? 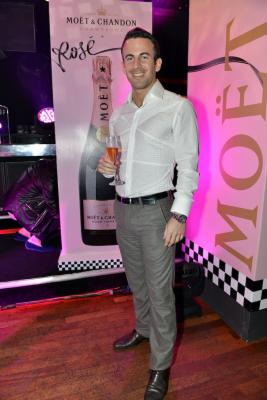 Many are asking if his well-known party lifestyle, fuelled by what seems to be an outrageous income courtesy of the Malaysian taxpayer, could have something to do with it?

Yesterday was a bit of a classic, with the issuing of a Government statement by the Prime Minister’s Office (where Stadlen controls communications) which maliciously stuck the knife into the opposition leader Anwar Ibrahim, just controversially imprisoned for alleged sodomy.

Stadlen’s short statement sanctimoniously referred to an “exhaustive and comprehensive due process” in this case of blatant political persecution and then went on to describe the plaintiff as the “victim of a serious sexual assault”.

As commentators as far away as the New York Times pointed out, even the Malaysian prosecutors had had to give up on their attempt to convict Anwar of forcing sex upon his burly young aide, who had long since changed his story to one of consensual sex between the two men.

‘The statement read – “As the victim of a serious sexual assault, he had every right to have his case heard in court.”

That characterization, however, was at odds with the case brought by the prosecutors, who used a section of the law that deals with consensual sodomy” [New York Times]

So why was Stadlen falsely accusing the opposition politician at this very delicate moment (in a formal Government statement) of committing brutal rape? 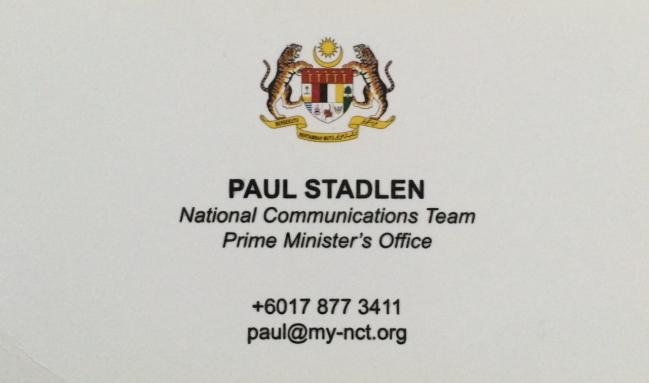 Was it because he was seeking to find sympathy from an international audience, which is largely shocked at the primitive decision to imprison someone just for being allegedly gay?  If so, surely this experienced PR operator would have realised that too much is known about the case for such false accusations to gain currency?

Or had Stadlen just being doing too much partying the night before and not really been on the ball?

Because, to misrepresent the situation in such a vicious and deceptive manner can only bring opprobrium onto his boss, who presumably had hired him (at huge cost) for his supposed understanding of the international press and how to manage it.

Partying and a bloody beating for fun-loving Stadlen 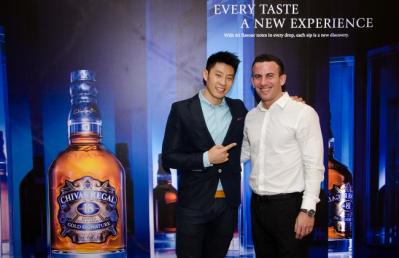 There has been considerable bad feeling around Putrajaya about the continued prominence of Stadlen in Najib’s office.

After all, APCO itself was dismissed from its advisory role some years back, on the admittedly reprehensible grounds that the company was ‘Jewish’ and Malaysia is hostile towards Israel.

However, the boss Paul Stadlen kept his position and has continued to manage to get reportedly enormous sums of money as a consultant, effectively supervising all the Prime Minister’s communications.

Insiders have told Sarawak Report that his company, which is located just a few doors down the corridor from the PM’s own National Communications Team in the Menara BRDB office block in KL, is retained for at least RM 3,000,000 per year’.

As one journalist who is a close observer of the team, explained to Sarawak Report, this retainer is:

“..for some main activities. That is for doing all work for the PM – from normal things like speech writing to arranging interviews with foreign journalists. Also for this money he does many things like defaming Anwar to foreigners, smearing Dr M and such like secret projects.

“He hires other people to do all this work for him – usually he has 2-3 people he gets to do all the work… but he pockets the vast majority of monies.”

Stadlen has also worked with FBC Media after his APCO role, who were in turn linked to vicious online campaigns against Anwar by the now discredited US blogger Josh Trevino and his company Rogue Communications.

Amongst such people hired to do the spade work is the recent addition to the team, a former Brunswick UK associate and fellow British national, Arif Shah.

Arif Shah, hired to be in charge of 1MDB’s ill-fated IPO attempt.

Arif Shah was hired by Stadlen mainly to work on providing positive PR for the disastrous 1MDB ‘sovereign development fund’, according to internal documentary evidence seen by Sarawak Report, and to control communications surrounding the increasingly unlikely attempt to launch an IPO in order to rescue the fund, which is mysteriously missing millions of dollars.

Known as ‘Project Virtus’ this PR commission was worth an additional RM1.5million or so to Stadlen’s company, according to those in the know. A briefing paper describes its sensitivity in the following terms:

“Events of recent months have made it clear that Project Virtus will be subject to greater scrutiny than any IPO in Malaysia’s history. The involvement of various stakeholders, the sensitive nature of the transaction, and the restrictions associated with the marketing of shares mean it is imperative that we manage any enquiries with the utmost care.”

In which case, was party man Stadlen really the outfit to choose, as always, to front up the job?

“Stadlen has terrible party lifestyle”, confirmed one of many commentators on the subject to Sarawak Report. “It’s incredible he gets away with it, working for a Muslim head of government. He’s always out partying in bars, clubs getting dead drunk.” 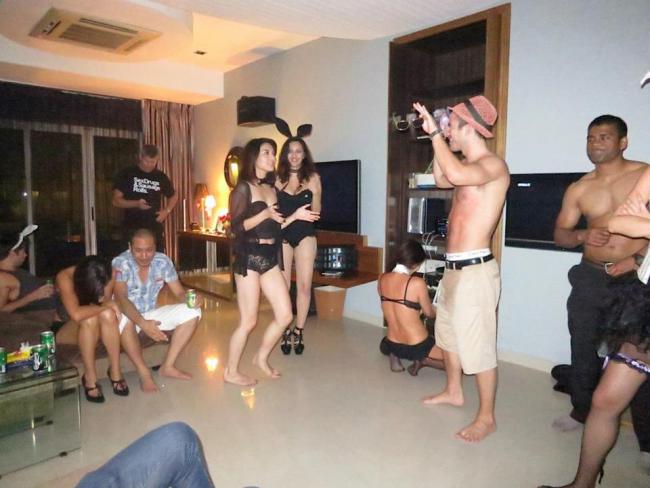 Clubs such as KL’s top hotspot Zouk host regular tables for Stadlen, known as a lady’s man, who has clearly enjoyed his sudden cash and finds plenty of time and things on which to spend it. 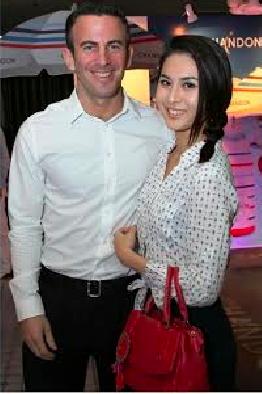 Stadlen with his office receptionist

It is a life-style that appeared to culminate in a extremely sticky and unhappy scenario in the run up to Christmas last year, after the PM’s PR chief committed the ultimate breech of potentially becoming news himself, when an apparently disgruntled rival beat him up inside a lift in a very brutal incident in KL.

People in the know say an iron bar was involved and it was an attack in which he was badly hurt.

This being Malaysia, it was an incident that Stadlen was able to keep out of the papers, although plenty of journalists know about it.

Yet, this is the man who needs to command the press machinery for a Prime Minister facing one of the toughest PR situations imaginable worldwide.

After all, no less than two suspicious court cases now point straight back to Najib, namely the Anwar conspiracy issue and the Altantuya murder case cover-up.

And then there is the sizzling red hot potato of 1MDB festering in Stadlen’s stated portfolio of responsibilities, where a sober presentation is what is most needed in order to convince sceptical investors that boss Najib is to be trusted with their money. 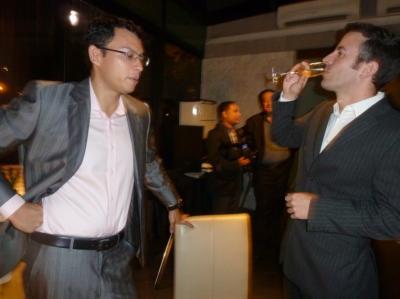 Stadlen is enjoying his salary, but is he concentrating on the job in hand?

Instead, Stadlen has been responsible for an even worse faux pas in recent days, with respect to his own boss’s direct reputation, owing to an incredibly mishandled response to a series of questions, again by the New York Times.

The matter has been glossed over again in the media, but it has torn into Najib’s relations with his own family and close circle.

Because, in this instance Stadlen responded to a query about Najib and his wife’s major conspicuous spending, by saying the Prime Minister had inherited his wealth.

The article, which appeared on Monday, related to Jho Low, 1MDB and the tycoon’s links to Rosmah’s producer son Riza Aziz:

“Mr. Najib’s office, in a statement, said, “The prime minister does not track how much Mr. Aziz earns or how such earnings are reinvested.” As for the prime minister himself, the statement said he had “received inheritance.” [New York Times]

This misjudged claim about inherited wealth attracted immediate comment in Malaysian political circles and it has prompted hostile reposts from Najib’s own brothers, who are said to be outraged at the implied slur against their father Tun Abdul Razak, who was also Prime Minister, having risen from a life in the Civil Service. 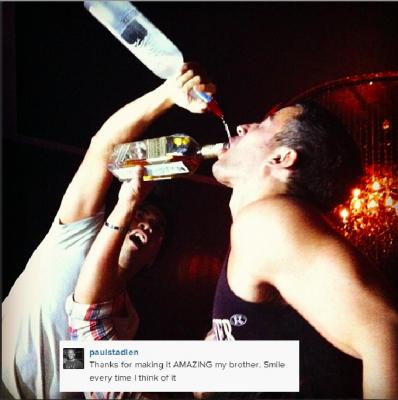 Childish behaviour by the PR guru behind 1MDB?

The family have rallied to confirm that Abdul Razak was an honest PM, who lived modestly and did not leave a fortune.

By contrast, Najib and his wife Rosmah are notoriously lavish big-spenders and there is now pressure on Stadlen to repair the damage to the family reputation.

As crises talks continue on this thorny family matter, thought has been given to suggesting that Najib’s money was inherited from the Noah Foundation, instead.

But, observers say that this is not true (except for their education, Tun Noah left money to his foundation not his grandchildren).

Moreover, to attribute money to Noah would give rise to equally awkward explanations, because Najib’s maternal grandpa Noah made his money out of starting the Genting gambling empire!

In short, Stadlen has landed Najib in it and people around the PM clearly believe the he needs a PR operator, who is less out on the tiles less often and more at home on the ball.