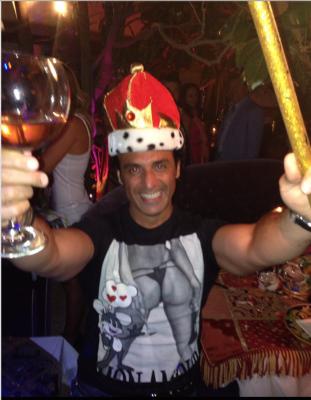 Over the past few days it has emerged that Khadem al Quubaisi, the man identified by this blog as Jho Low’s key contact at Abu Dhabi’s sovereign wealth fund Aabar Investments, has been removed from the majority of his posts.

Until a few days ago al Quubaisi was one of the most senior public executives in the Arab state.

He was the Chief Executive and Board Member of the major sovereign wealth fund International Petroleum Investment Company (IPIC), as well as the Chairman of its subsidiary companies Aabar Investments and Arabtec.

Then on Thursday it emerged that Khadem al Quubaisi had also been removed as Chairman of Aabar Properties, which is a subsidiary of Aabar Investments, the company closely involved with 1MDB and Jho Low in a number of well-publicised recent ventures.

News reports are speculating whether the departure from Aabar Properties and also the parent company IPIC means that Mr Al Quubaisi has also been replaced in his position at Aabar Investments as well:

“An Aabar Properties spokeswoman did not respond to requests for comment.

Mr Al Quubaisi’s departure raises questions about his role as chairman of the company’s owner, and Ipic subsidiary, Aabar Investments, whose holdings include stakes in Arabtec, the Italian lender Unicredit and space tourism firm Virgin Galactic.

The website for Aabar Investments has also been failing to respond over the weekend to confirm who might be the current Chairman. 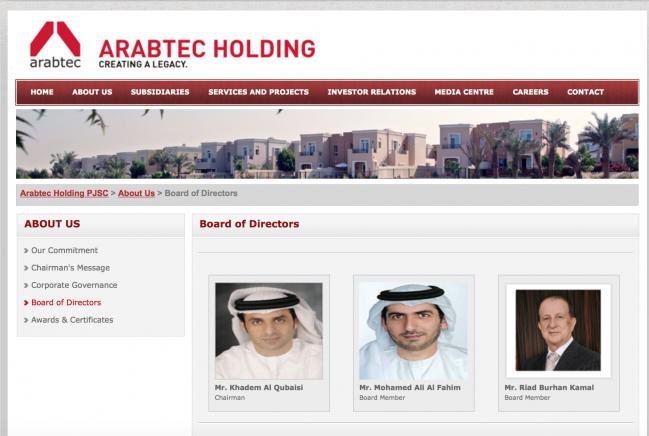 Failure to update – Arabtec’s website was still advertising Khadem as the boss this weekend, hinting at a sudden and unexpected dismissal?

Evidence of action by Abu Dhabi not matched in Malaysia 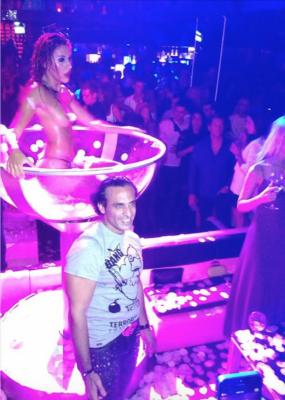 Double life – al Quubaisi is known as a super-rich playboy in Las Vegas and St Tropez, yet he is a salaried employee

The sudden dismissal of Khadem al Quubaisi appears hard to dissociate from the recent articles published a few days earlier by Sarawak Report .

We pointed out a USD$20 million payment from Jho Low’s company Good Star Limited to a private bank account owned by Khadem al Quubaisi in Luxembourg.

And we questioned the payment in the context of Aabar Investments’ extensive dealings with 1MDB, which have been widely criticised as being highly disadvantageous to the Malaysian fund, losing it millions of dollars, which are still presently unaccounted for.

Following our publication, hackers then attempted to remove the story from our site.

Yet only days later the international business journal the Financial Times, also revealed a separate concern about Mr Quubaisi’s dealings in Luxembourg.

The paper revealed he had taken out a lease on a Spanish building through a private company, before hiring the building as the Spanish headquarters for IPIC of which he was Chairman: 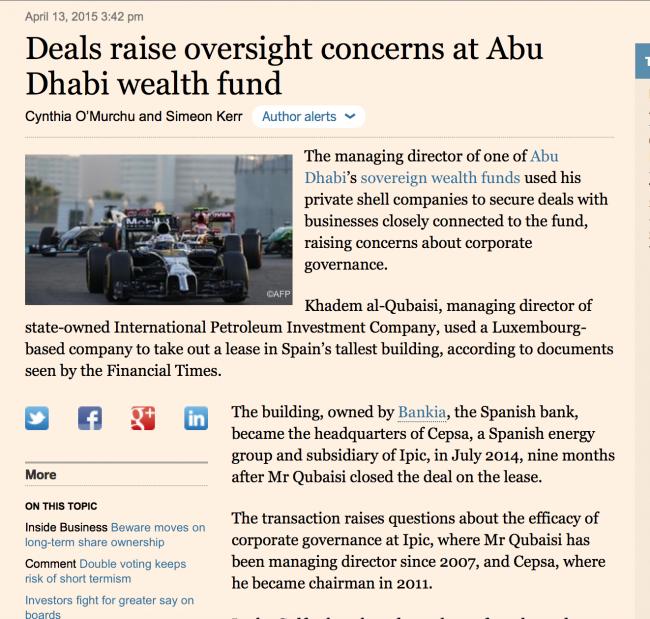 Leasing a building and then hiring it to house the public company of which he was Chairman, say FT

The conclusion seems to be that Abu Dhabi has taken rapid action to remove an official who  had raised concerns about ‘the efficacy of corporate governance’ at their sovereign fund.

“It is impossible to say at this stage whether al-Quubaisi’s departure from Arabtec is a direct consequence of media attention over the Torre Foster [Spanish building] transaction, or his connection with 1MDb.  But the coverage has inevitably led to questions over whether the fund’s governance structure risks generating conflicts of interest.

By contrast, years after similar conflicts of interest and concerns about governance have been raised at 1MDB, no action appears to have been taken at all.

The Auditor General has been singled out to perform a task of investigation, for which he is not suited and appears paralysed, as more and more information about misappropriation and ineptitude have emerged. 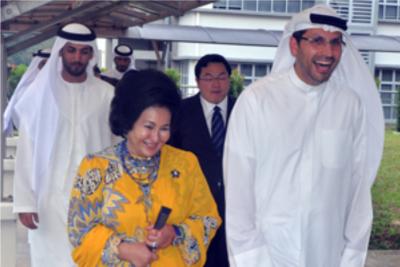 It has now been amply revealed that huge sums travelled from 1MDB to the company Good Star and then on to an account owned by Jho Low in Singapore.

The evidence is compelling that the beneficial owner of Good Star is also Jho Low, a matter he has never sought to deny over the past weeks of no comment on the matter.

Therefore, Malaysia ought surely to be asking Abu Dhabi to investigate why USD$20 million was paid from Good Star to Mr al Quubaisi in 2012, given the number of joint venture projects he has signed with 1MDB on behalf of his Aabar fund.

Just last year we have also reported that Mr al Quubaisi and Jho Low entered into a separate deal to buy the Canada based Coastal Energy.

Mr al Quubaisi conducted the purchase in his capacity as Chief Executive of IPIC, which also now controls the Spanish oil giant CEPSA.

CEPSA, under the governance of Khadem al Quubaisi, bought out Coastal Energy for USD$2.3 billion. 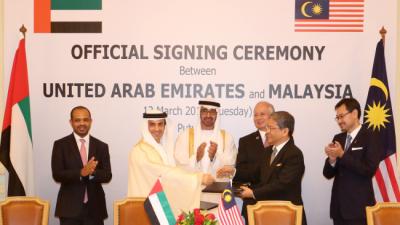 Jho Low’s SRG was named as a ‘facilitator’ with a share and option on the purchase, which he is believed to have later surrendered, presumably for a handsome price.

CEPSA’s Spanish shareholders will be anxious for confirmation that this unusual purchase arrangement did not turn out to be unnecessarily costly for them and that no money leaked out from the deal to Jho Low and any associates he might have as a result?

Abu Dhabi ought to be able to assist in this and a number of matters relating to 1MDB’s financial misadventures linked to Aabar Investments.  They seem ready to take action. If only someone would ask?

Out – al Quubaisi’s (centre, next to Ronaldo) days posturing as the big boss and football sponsor at the Spanish oil giant CEPSA seem over