Science Is About Facts 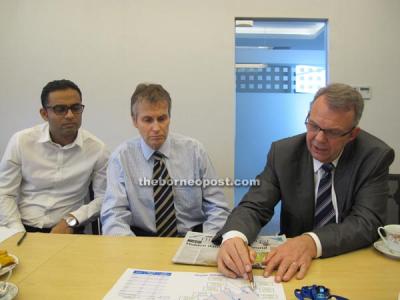 The UK press are having a field day over the ‘boobs’ made by a ‘bunch of dicks’, who stripped on Mount Kinabalu.

No one applauds their disrespectful acts in the face of the warning of their guides and perhaps they somewhat deserve the lesson brought upon their heads by the very tragic earthquake that followed.

But, of course they didn’t cause it.

Anyone who has done primary level science knows that.

So, for the likes of Sarawak Deputy Chief Minister Alfred Jabu to sound off to Bernama that Sabah’s killer quake was brought on by these actions is seriously worrying indeed! 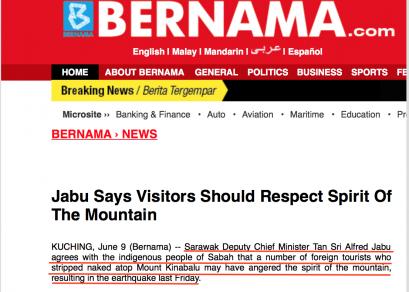 After all, it is Jabu’s state government which is proposing to immediately build two more mega dams in the state, in this region of fault lines.  Is this the sort of hocus pocus he and his BN colleagues believe in?

Surely if Sarawak wants to move from superstition into super-structures, it needs to abandon the supernatural and deal in proper scientific facts?

Meanwhile, it is equally extremely worrying that the state government has hired a maverick European to carry out these controversial projects, who is so hubristic and arrogant that he is willing to brush aside the protocols of his own Hydropower Association and install these structures without undertaking every possible risk assessment or following the good practices laid down by the industry.

We call Mr Torstein Dale Sjotveit a maverick because his astonishing high-handedness is so  contrary to what is considered normal and reasonable in the contemporary European and American business environment.

Whenever people criticise his plans or disagree with his clearly self-motivated grand designs, he calls them ‘liars’ and sweeps away their arguments as ‘wrong’ – no engagement and no compromises for him.

What lies in particular?

This is not the way such controversial matters are handled in progressive business practice, where large companies acknowledge that they need to be able to justify their projects and win the arguments by force of merit not force majeure. 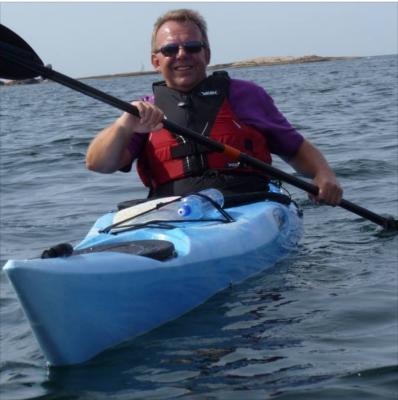 Torstein is always extremely pleased to explain to everyone how everything he does is completely right.

Torstein, however, abandoned his previous position as CEO at Aker shipyards after just a year in that job, having spent many years working in Africa.

Maybe he prefers the sort of places where he can act ‘bossman’ and prescribe changes for people without expecting criticism in return?

But in the process he is coming out with frankly bizarre statements that countermand known facts.

He is also ignoring best practice and taking risks on safety, whilst rounding ferociously on anybody who dares to point these matters out.

Frankly, pride comes before a fall and no one wants mistakes when we are dealing with the building of major and contentious dams in highly populated areas, which have been categorised as ‘High Risk” by their own environmental impact assessments.

Not in a region where there appears to be a potential for earthquakes. 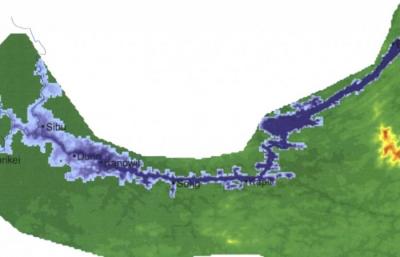 However, consider the issues we have exposed in the past and whether Mr Sjotveit has been able to demonstrate that any of these were lies.

We exposed how faulty turbines have been installed in Murum Dam, which are extremely vulnerable to sheering and breaking, which in similar situations have caused fatal consequences.  Has he succeeded in demonstrating that our detailed exposes were a lie? 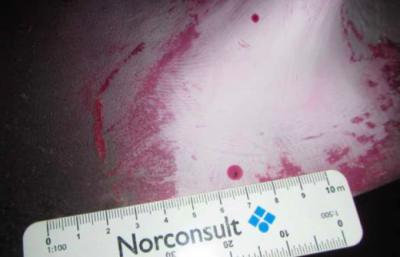 Sjotveit tried to cover up the dodgy turbines, which he claimed he could repair in position!

We also exposed how poor construction practices in the construction of Bakun Dam have dangerously compromised the integrity of the material used for its concrete slipway, which might cause severe problems with cracking, as has happened in other tropical dams.

Has he succeeded in demonstrating that our detailed expose was a lie?

We further have exposed how the Murum Dam’s own environmental impact assessment raised concerns about the potential for a ‘cascading’ failure’ onto Bakun Dam downstream from it, which had not been built to withstand such a risk. Has he succeeded in demonstrating that this expose was a lie?

We have again uploaded audio from a professional conference, in which the Murum Dam’s New Zealander engineers pointed out that the conflicted land use of the catchment area of the dam (i.e. rampant logging) was putting the reservoir under strain from excess silt and water run off.  Has Torstein shown this to be untrue? 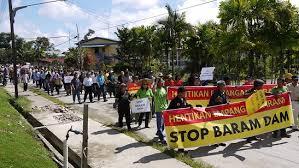 People are protesting, but Torstein says the headmen are squared, so all is OK!

Sarawak Report has further pointed out that many if not most people in Baram do not want his “cheap and clean” energy.  And in fact we have pointed out that numerous academic articles have evaluated mega dams to be neither cheap nor clean.

Yet, this is treated as intolerable comment by Mr Sjotveit, who will only countenance the one energy solution that his bosses have prescribed (these bosses include Alfred Jabu, who believes that mountain spirits cause earthquakes, according to his interview with Bernama yesterday).

And the story goes on.  We have pointed out that so far Sarawak dams have not brought energy and wealth to the local people as promised, because all the electricity has been transmitted for the benefit of people far away, leaving the locals with precious little in return for their loss of livelihood.

We have noted what is widely accepted, which is that compensation has been lousy and even what was promised has not been fully forthcoming.  Has Mr Sjotveit been able to demonstrate that any of these plainly valid concerns are lies?  No, he has not. 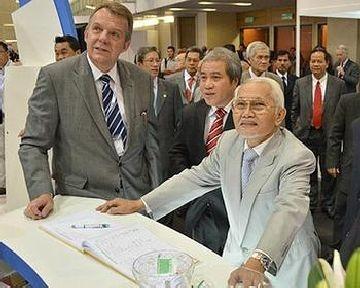 Torstein has his orders and his big incentives. So who cares about due process?

Neither has this USD1.2 million a year salary man been able to counter our analysis of the extensive corruption that is driving Sarawak’s entire dam building programme, in which he is playing so pivotal a role.

Torsten may weep crocodile tears for the natives, whom he promises to elevate into happy comfortable modern lives, but the motivation for the dams is not their enrichment it is Taib’s enrichment – the facts speak for themselves.

The Taibs monopolise the cement, they control all the related construction and Taib’s son has been handed the monopoly on all the transmission contracts as well.

Huge sums are being borrowed on behalf of the public to build these constructions and a great fat chunk of this money will go into the bank accounts of the Governor, his family and cronies….. and of course Mr Sjotveit is getting a very nice spoonful of the cream himself.

Which aspect of these core issues which we have raised form the “lies” that the Maverick Viking is so prone to accusing this news blog and a whole spectrum of concerned environmental and human rights NGOs of making?

So, we come back to earthquakes.  This week a very senior Malaysian scientist raised some very valid concerns about the threat of earthquakes to the construction of a dam at Baram, given the recent Kinabalu quake. 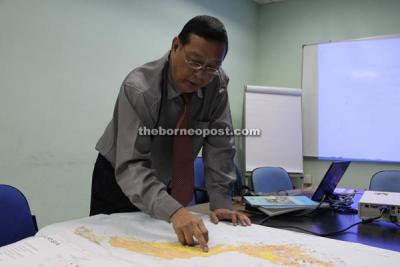 Alexander Yan, the former Director of the government’s Minerals and Geoscience department suggested it made sense to do further checks on the geology of the region at the cost of half a million ringgit or so, just to be entirely sure and safe.

How did the Viking react?

Did he come forward with conciliatory remarks towards this senior and respected geologist from his host country?  Did he offer to adopt more transparency with regard to the project, so that others can independently also assess whether or not adequate checks can seen to have been done?

Or did Sjotveit offer to wait until the completion and publication of the Environmental Impact Assessments for Baram and Baleh, before charging ahead with announcing their construction, which NGOs have pointed out is a really basic, simple and fundamental requirement which he has still not even fulfilled?

No, instead Sjotveit took to the Borneo Post himself to comprehensively pooh pooh the concerns of this senior Malaysian scientist, effectively dismissing them as nonsense. 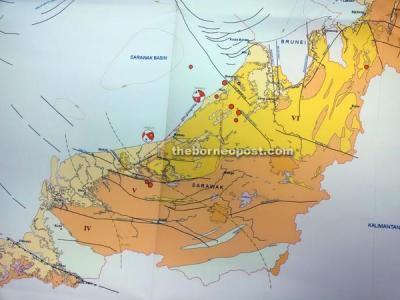 An area of fault lines? No matter says Torstein.

Every single check that could possibly need doing has already been done said Torstein… and we should just take his word for it apparently, as there seems to be no question of him bothering to make his surveys properly public.

At which point, just as readers were about to be cowed perhaps into accepting the word of the Big White Tuan, Sjotveit told the newspaper something quite amazing.

The trained civil engineer informed the Borneo Post that dams cannot cause earthquakes!

Period.  It can’t happen.  So, we should all stop worrying about any such thing.

“When asked on the possibility of dam-induced earthquake, Torstein said earthquake could not be created by a dam.

“We are talking about billions of kilo tonnes. It is not possible to create earthquake. We will ensure our groundwork does not create local disturbance,” he pointed out during the meeting.[Borneo Post]”

This is such an extraordinary and sweeping statement that it quite defies belief. 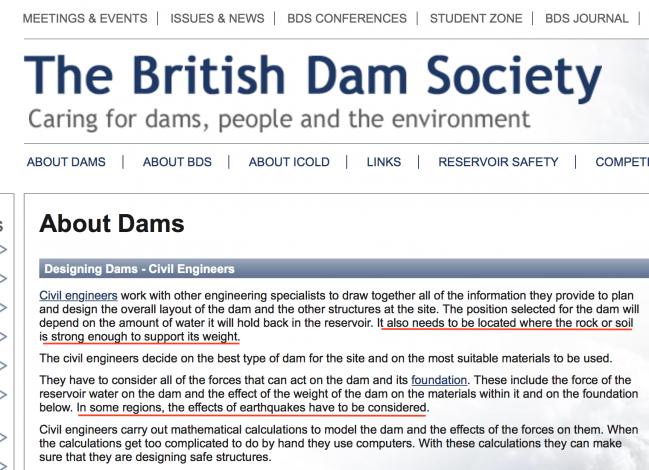 Dams can trigger earthquakes and be affected by them….

Anyone who cares to google the word earthquake and dams and to read the literature surrounding the deaths of over 86 thousand people caused by the 2006 Sichuan earthquake in China, will know that a very large and respectable body of scientific opinion disagrees with Mr Sjotveit on this point.

There are very many studies which show that dams can and do provoke potentially dangerous earth tremors. And there is evidence to strongly suggest that dams DO cause quakes.

Yet, in his interview Sjotveit admitted that the go ahead which has been given to Baram has been done in the absence of the necessary geological checks:

“We will not be able to build the Baram HEP Dam without proper ground studies. We will do the ground studies as soon as the people of Baram invite us to do it. We are ready to go there anytime. But we are not going there if we are getting into trouble. We are not the police, we are technical people,” said Sjotveit referring to the blockades by local people.

Yet, despite the absence of these studies, we all know that the Government has just given the go ahead to build the dam! 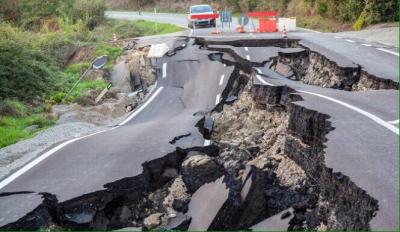 Quakes caused by dams “aren’t possible”, as he told the Borneo Post.

And dams won’t be affected by quakes either.

So who cares what other experts are saying the world over, because they are wrong, just like Sarawak Report are liars? 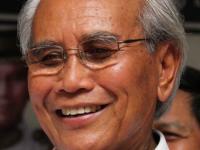 It is therefore clear that Mr Sjotveit is scarcely more interested in the facts of science than his boss, Alfred Jabu, who will entirely agree with him that the geology of the area is nothing significant to worry about, since he believes that earthquakes are caused by angry spirits.

With a government run by the likes of Alfred Jabu and with a manager in charge like Torstein Sjotveit, we believe that Sarawakians have every right to feel extremely worried indeed about the construction of this latest dam.

But, then of course we are just “liars”, so take no notice of the points we make!