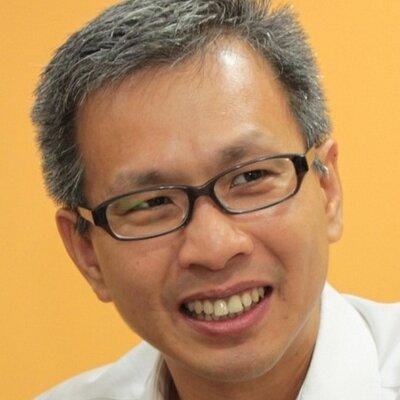 It is a well known dictum that people most often accuse others of what they are guilty of themselves.

Thus, within days, the tables have turned on the 1MDB spokesmen who had pompously accused Sarawak Report of allegedly “tampering” the documents, which we released regarding the misappropriation of hundreds of millions of dollars by the development fund.

It turns out that more examples of their own outrageous and illegal tampering of documents have now been exposed – this time to con banks into lending the fund yet more hundreds of millions of ringgit, which they would doubtless not have done if they knew the real state of 1MDB’s accounts.

What unbelievable cheek to have accused Sarawak Report of the very same crime!

In a statement he has clearly identified crucial alterations made by 1MDB to its published Financial Reports in the copies that the fund submitted to a number of Malaysian banks when applying for loans.

In one case, for example, whilst the 2014 Auditor’s Report cites:

“.. the amounts received from the redemption of investments of US$1.22 billion (RM4.03 billion) in the SPC above have been substantially utilised for the purposes of debt interest payment, working capital and payments to Aabar as refundable deposits ..”

Tony Pua has revealed that in the copies received by a number of Malaysian banks (Maybank, RHB, Alliance and HwangDBS Bank) from 1MDB the wording had been subtly but crucially changed:

“…the amounts received from the redemption of investments of US$1.22 billion (RM4.03 billion) in the SPC above have been substantially set-aside for the purposes of debt interest payment, working capital and payments to Aabar as refundable deposits…” [Media Statement by Tony Pua, 14th July 2015]

It does not take a financial genius to understand the significance of this tampering by personnel from 1MDB.  It meant that banks were being given the false impression by the fund that money had been set aside in order to service the loans they were applying for.

Whereas, in fact, that money has been spent.

Section of the 2014 Annual Report that was altered

This kind of fraudulent deception against banks is, of course, a most serious criminal offence.  Pua points out the section of the penal code concerned, although common sense would tell any humble soul that these sorts of lies are against the law:

“Section 477A on “Falsification of Accounts” states that

Followers of the 1MDB scandal are unlikely to have been particularly shocked or surprised by this latest information, given that Sarawak Report has already exposed the fund some weeks ago for having produced similar forgeries, this time in the form of bank statements.

A letter from Singapore’s regulatory authorities to Malaysian investigators in March this year confirmed that a supposed bank statement submitted by 1MDB’s present Chief Executive Arul Kanda to BSI bank in Singapore had been dismissed as false by the bank.

It is clear from the letter that Kanda had faxed the statement to the BSI branch to check whether it presented a true account of 1MDB’s subsidiary Brazen Sky as of November 2104.

That account had been presented to the public by 1MDB as containing US$1.103 billion in “cash”.

The Singapore authority told the Malaysian regulators in that letter that this information was incorrect and the statement sent by Kanda had not been issued by the bank and it did not represent a true picture of the state of the Brazen Sky account.

After Sarawak Report published this information in April 1MDB and the Ministry of Finance were forced, after some attempts at detail, to admit they had falsely informed the public that there was cash in the BSI account.

The Second Minister of Finance announced that he had meant to describe the contents of the account as “units” instead.  These “units” have turned out to be of a level 3 variety, meaning that their real value is highly uncertain and not immediately translatable into any form of actual cash.

This leads Sarawak Report on to another accusation that 1MDB and the present government have been fond of hurling at others, that of ‘confusing the public’.

Indeed, the Home Ministry is planning to shut down some of the publications which have been most diligent in attempting to cover the 1MDB scandal for this very ‘crime’.

Whereas, it is of course the fund and ministers themselves who have confused the public with their series of lies, falsifications and changing stories over the matter of 1MDB and its missing billions of public money.