Jho Low Sat In On 1MDB Board Meetings, With The FM/PM On The Line! EXCLUSIVE 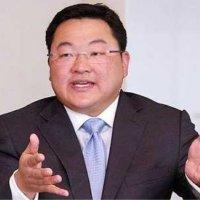 Calling the shots at 1MDB board meetings…

It has emerged that the controversial businessman, Jho Low, held court during board meetings at 1MDB and he called the shots by getting the PM on his handphone.

This is despite repeated denials from the then twenty something business school graduate friend of Najib Razak that he commanded any role at the development fund.

Mounting evidence from present and ex-officials now indicates that Jho Low not only forged deals behind the scenes on behalf of his “BB” [Big Boss Najib Razak], but that he publicly dominated these meetings of the Board.

Sarawak Report has also learnt that Taek Jho Low holds an American passport, which is in contravention of Malaysia’s strict nationality laws that only permit a single citizenship.

It perhaps explains his current refusals to submit to requests to attend the Parliamentary Public Accounts Committee hearing in KL, as has been requested.

One insider has related to Sarawak Report:

“He would attend board meetings, even though he had no official status.

If there was some dissent from board members over what was going on, Jho would get the PM on his hand phone and pass it over to the relevant person. The PM would then say to that board member ‘it’s Okay, I approve'”

The growing body of testimony about this state of affairs has accumulated not only from hearings at the PAC, but also from other statements being gathered across the range of official enquiries, according to a series of sources.

It means that a wide spectrum of investigators are now fully informed about the role of Jho Low at 1MDB and it bears out completely the information made available to Sarawak Report when we first issued our exposes about the PetroSaudi joint venture deal in March.

Then we reported how thousands of documents and emails relating to that deal revealed that Jho Low managed the negotiations in the name of the Prime Minister.

In the process he siphoned off at first US$700 million and then later hundreds more millions ‘borrowed’ from 1MDB.

This further evidence points to the same conclusion, that Low was acting for the Prime Minister, who was the sole shareholder and signatory to the fund. 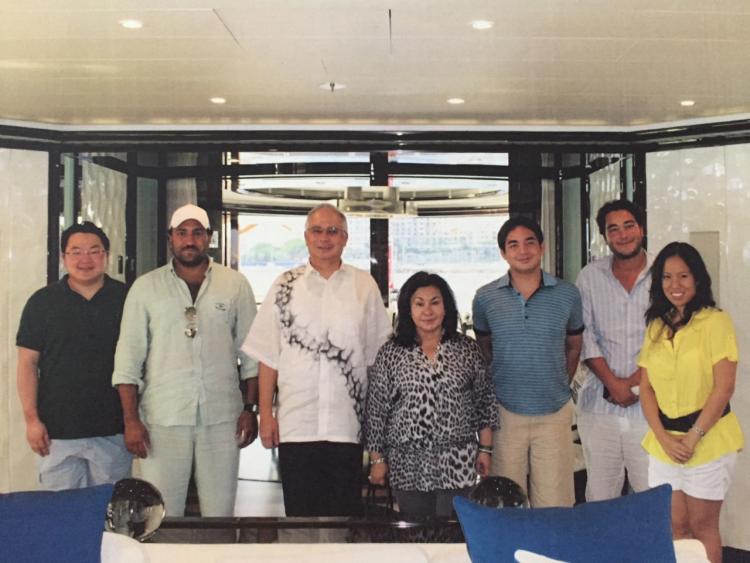 When questioned about his role the day after Sarawak Report’s first expose on 1MDB, Jho also made this very point, when he reminded interviewers that the man behind the decisions was not him but Najib Razak:

“Did the people supposed to be responsible for decision-making (at 1MDB) suddenly decide to absolve all their responsibilities and then create this PR campaign with me as the focus of it? “No one seems to ask the question who is the ultimate decision-maker on 1MDB? No one asks that. No one ever asks about the shareholder’s role.”
[Euromoney – Eric Ellis]

OK to jump the gun with claims that allegations are “baseless”?

Nevertheless, in its continuing efforts towards damage limitation this week, the Government broke its own enforced rules on silence surrounding the on-going investigations by official bodies.

The Auditor General’s ‘Interim Report’ has been circulated widely to investigators and members of the PAC, on the basis there will be no comment until the end of the enquiry.

Yet, on Tuesday the Second Finance Minister announced publicly that the report had “cleared” 1MDB.

““the Auditor-General investigating 1MDB’s activities has found no evidence of wrong doing”.

That breech provoked one DAP member of the PAC to make his own response in a press statement, couched in the strongest terms and calling the Minister’s claim a ‘blatant lie':

“The Minister blatantly lied about the findings in the Auditor-General’s Report. While I will continue to refrain from referring to the specifics of the Interim Report, any normal person reading the report will be stunned by the sheer number and scale of infractions and transgressions committed by 1MDB and its officers cited in the report.

Hence it boggles the mind as to why Dato’ Seri Husni Hanadzlah saw it fit as to make the unilateral announcement that the AG “found no evidence of wrong doing” to create the false impression that 1MDB has been cleared of all its alleged shenanigans. [Tony Pua, press statement 15th July 2015]

The presence of Mr Low in board meetings would certainly rate amongst such ‘mind boggling’ transgressions, but the statement from Mr Pua would lead observers to conclude that there were many more such abuses.

Resignations at the top 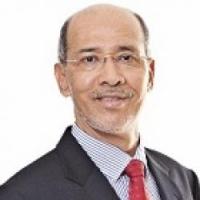 Ousted from chairing his own board? Mohd Bakke Salleh

It has also emerged from separate sources over the past days that these apparent prolific abuses almost immediately drove 1MDB’s original chairman, Mohd Bakke Salleh to quit is post, immediately after the details of the first joint venture with PetroSaudi became plain.

The Star has reported that Board Members had been shocked to discover that US$700 million of the original US$1 billion raised for the deal by 1MDB had been side-tracked into a separate account.

Salleh, who was the Managing Director of Felda and others demanded the money should be returned.

When it was not, he reportedly resigned his post and was replaced by a close Najib associate Lodin Wok Kamaruddin, whose career in military companies, such as Boustead Holdings, has closely mirrored Najib’s own progress as Defence Minister.

The Star has also pointed out the concern by the board that there was no documented transfer of assets into 1MDB from PetroSaudi to warrant the so-called “repayment” of US$700 million to its parent company in the first place. 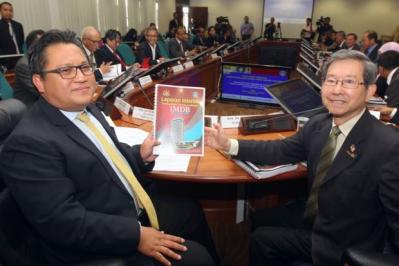 The Auditor General presents his interim report to the PAC – despite the ban on discussions within hours the Finance Ministry was declaring it cleared 1MDB.

This was another issue that troubled the bosses on the Board at 1MDB when they were presented with the details of the first deal with PetroSaudi which had been orchestrated with lightening speed in September 2009 by Jho Low.

So, was the scenario during which a twenty something outside invaded the board room and got the PM on the phone to instruct these professional administrators to accept the deal the incident that triggered these top level resignations just weeks into the formation of 1MDB?

These are questions that the PAC will doubtless be exploring over coming weeks – whether an appearance by Jho Low is forthcoming or not.