5MDB Warnings Should Be Heeded

He named several projects, including the nationwide 5G rollout, the possible revival of the High-Speed Rail (HSR) project and attempts to privatise the Sultan Abdul Aziz Shah Airport in Subang, Selangor.

Citing 1MDB which incurred RM32.3 billion in debts to the government, he said the public may be forced to foot the bill for these projects.

“The government has said these off-budget (projects) would not involve government allocation, but in the end, they may go back to the government. 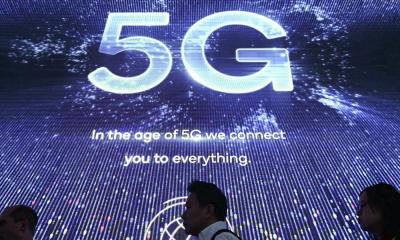 It was Anwar who first raised the alarm on the original 1MDB farrago and its suspicious nature way back before the perpetrator of that theft, Najib and his UMNO party, framed him and then forced the overturn of a verdict of innocence on those trumped up charges.

Now the guilty men are back, not by popular demand but thanks to a corrupted over-turning of the elected government with the primary purpose of evading the genuine charges laid against them.

However, close on the heels of that motive has been the natural determination of a highly corrupted band of mafia politicians to once again make as much money as they possibly can whilst their hands are back on the levers of power.

For this Malaysians have sadly to thank their Agong, who chose not once but twice to assist this return to office by siding with the corrupted parties who lost GE14 and appointing secondary figures to lead the country instead of the person chosen by the electorate on the winning mandate at the head of the largest coalition, namely Anwar. The Agong is the Sultan to Najib’s home state and his family has done ‘good business’ under UMNO, hence an inevitable and very unfortunate perception of self-interest pervades this perverse employment of his powers of appointment.

Gracefully accepting the opposition role, Anwar and PH are now striving to abide by the Agong’s own requests (presently directed from his extended London holiday base) to work with his chosen party on the budget. However, once a thief as the saying goes. The Red Flags emanating from UMNO’s present budget finances (advised as they are by arch-kleptocrat Najib himself) bear all the same hallmarks of the original MO (modus operandi).

Except, this time the sums are even greater. 1MDB had only filched some $2 billion dollars (RM8.5 billion) within its first two years. However in the same time frame, Anwar warns us, 5G/5MDB (5 Malaysia Digital Blueprint) has already squandered a projected RM18 – RM28 billion on a project that market experts seem agreed is doomed to failure.

Like 1MDB the UMNO government backed project is being presented as ‘off budget’ (and therefore conveniently kept from scrutiny by MPs) but Anwar rightly warns that like 1MDB this project and its ‘losses’ will ultimately be laid at the door of the taxpayer once more. Same politicians, same financial expert (Najib) same MO.

And this is, of course, not the only vast extra expense that has bloated the cost of the budget by RM100 billion in unexplained and unscrutinised ‘off-budget expenditures’. There are a multitude of similar huge projects presented as ‘private enterprise’ but which are in fact the playthings of politicians at the public’s expense. Railway lines to nowhere, frigates which have never floated, grand infrastructure that crumbles before it is built – all excuses to lose money? Of course, they are. Leopards don’t change their spots.

Expect Najib, once he has persuaded his Sultan/Agong into pardoning his thefts (which would appear to be his plain objective) to swiftly set about his other favourite tactic… the jailing of the opposition leaders who raise awareness about the corrupt practices of himself and the UMNO party.