How To Unite - Ditch Azmin? 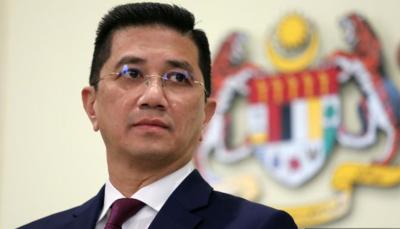 Perikatan Nasional has called on politicians to cast aside their differences and pursue kesatuan (union) with the people to address the Covid-19 crisis.

“PN calls all quarters – especially political leaders – to go beyond their differences and immediately embrace kesatuan with the rakyat in the battle against Covid-19 and restore the economy,” said PN information chief Azmin Ali in a statement today.

This is the first public sign by PN that it was ready to reach out across the floor since taking power in a controversial fashion in March.

PN has come under intense pressure in recent days after its leader and prime minister, Muhyiddin Yassin, failed to secure a proclamation of emergency, amidst talk that he was losing the support of some Umno MPs.

Meanwhile, Azmin stated PN’s reverence for the Yang di-Pertuan Agong’s recent decree which recognised the “success” of the federal government in handling the Covid-19 crisis.

So, Azmin says all politicians must now unite – behind himself.

He tried this originally, of course, by attempting to blitzkrieg through a bogus and illegal State of Emergency, based on suddenly inflated Covid figures that are now widely subject to considerable doubt.

This having been rejected by the rulers, instead of resigning as a discredited minority ought, Azmin is now plugging his ‘Plan B’ for PN.

Plan B involves seeking to intimidate his opponents into supporting his minority bid for absolute power by saying the Agong has “Decreed” everyone should unite – which he interprets as being behind himself. Agong’s of course do not issue decrees to politicians, they have only a capacity to advise.

Azmin’s problem is that there is only one thing that DOES completely unite just about every politician and all people of Malaysia and that is the general loathing of Azmin himself.

A cross party government of unity that excludes Azmin Ali is therefore probably the only prospect for presently uniting Parliament and it is more than likely to be the resolution to this crisis that was after all initiated by the ambitions of Azmin Ali!