Tun Dr Mahathir Mohamad said Malaysia takes its commitment to conservation seriously and is proud to be a signatory to an extensive list of global treaties on conservation, wildlife, forestry and the environment…

He pointed out that Malaysia also had kept to it environmental promises, including the one made at the Rio Earth Summit in 1992 where it committed to maintaining at least 50% of its land mass under forest cover.

“Today, almost three decades later, I am proud to announce that we have not reneged on that pledge. Malaysia’s forest cover is currently at 55.3% or 18.3 million hectares of our total land area, exceeding Malaysia’s initial commitment at the Rio Earth Summit.

“This represents the nation’s will and commitment to conserve and sustainably manage our forest, its flora and fauna,“ he said at Thursday’s ‘Environmental Stewardship in Addressing Poverty to Achieve Sustainable Development for All’, a side event of the United Nations General Assembly here. 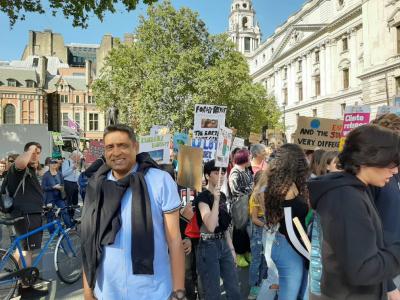 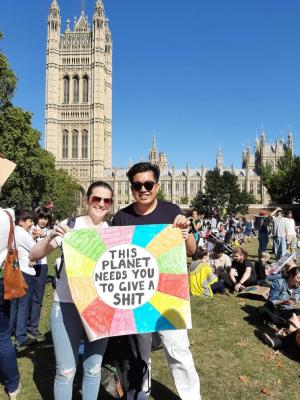 Uniting for the future, not arguing over blame

Dr Mahathir is to be commended for articulating aspirations to conserve Malaysisa’s forests, which most Malaysians also hold in deep affection. That provides great hope of good intentions that might just rescue the handful of renaining Malaysian tigers and the habitat they depend on, along with the tattered remnants of the East Malaysian Borneo Jungle.

However, an in-built refusal to accept any form of criticism direct or indirect is part of his powerful character it would appear and there seems to be a willingness on his part (encouraged by those with vested interests around his government) to conclude that the chorus of ecologically concerned people and global scientists who are raising concerns about the deforestation of Malaysia’s precious landscape are doing so just for the sake of it – or to be mean to Malaysians or competitive on behalf of industries they have no connection to.

Either Mahathir is right, together with Teresa Kok in claiming that somehow the world’s most massive palm oil plantations have been created without destroying vast tracks of jungle (in defiance of all logic and evidence) or the mass of contrary statistics available from all the world’s scientific organisations are correct instead. Take these as a small example: 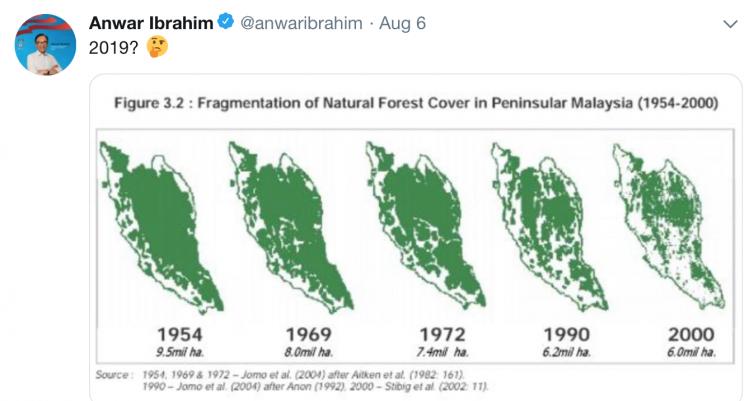 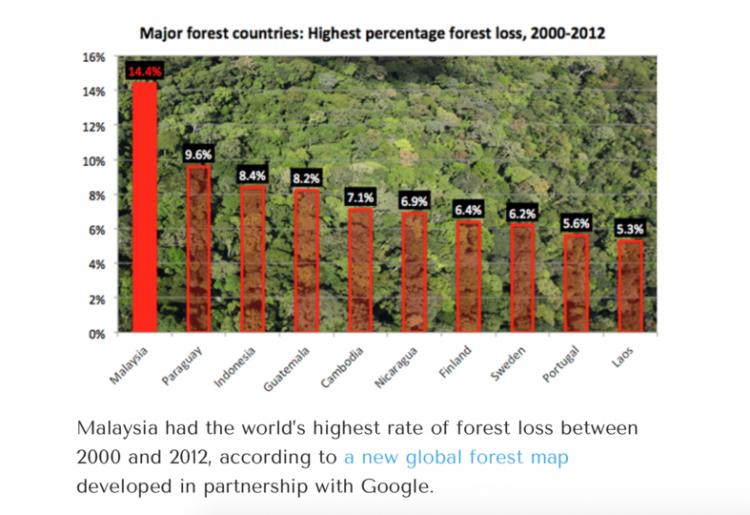 So, who is telling the truth? The fact is that solid statistics are simply not being produced by the Malaysian federal government to substantiate its claims, which are based on feedback from state governments that are not revealing proper data:

“Where is the data coming for forest cover of over 50%? There is no distinction between virgin forest and scrub. When we ask for it there is no proper data available. We should be able to have the raw data and verify it – we go out to the field in any state and walk the with Orang Asli and we know what is going on and it is not true”, says Saha Deva A Arunasalam, Vice President of the Malaysian environment group PEKA who joined colleagues in showing solidarity for the climate march in London last week.

The complaint is justified. Just because an area is green on the map, even green from the sky or not officially designated as ‘urbanised’ or ‘agricultural’ does not mean that it has not been logged for all its worth and destroyed both as a habitat and as a living carbon-extracting proper forest. It could just as well be scrub, as much of Malaysia now is.

That such remarks from the PM have come after weeks in which Malaysians have suffered choking toxic fumes created from the now routine burning of these ‘forested areas’ has pitched practical experience as well as logic against a bunch of vague statistics that are completely unverified and unscrutinised.

So, let’s get the data properly nailed down, checked and placed transparently in federal hands. Next, let’s all work together to help Dr Mahathir and Malaysians fulfil their aspirations to revitalise their hugely valuable jungle zones and prevent a handful of greedy and rapacious loggers (with the local politicians in their pockets) from cleaning out the fragments left of what was – just 50 years ago – the world’s most bio-diverse region of the planet.