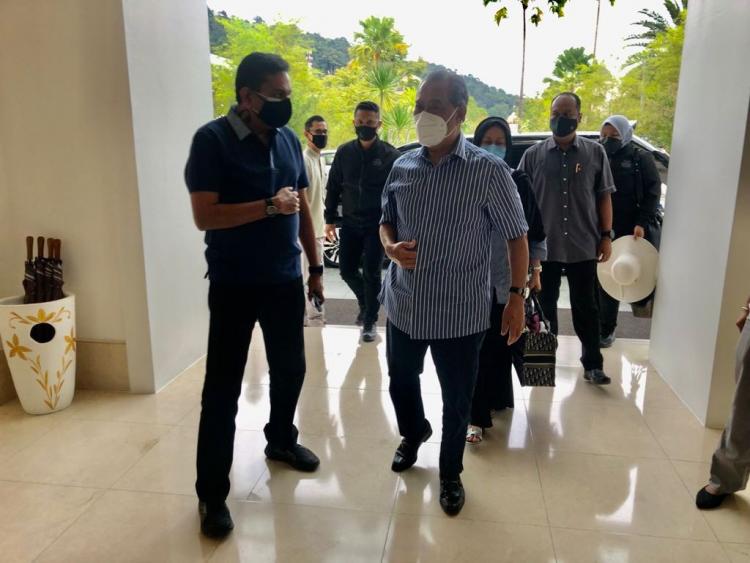 The ex-PN prime minister now appointed PN 2.0 “National Recovery Chairman’ seems determined to start as he plans to continue, with a holiday trip to Langkawi.

After all, the mess from which the country needs to recover is largely the product of his own prime ministership, which was distinguished mainly by his indolent inactivity in the job and failure to demonstrate the least concern for anything beyond his narrow circle and interests.

Greeted by the new Tourism Minister himself at the airport, the grovelling ex-PKR frogman and member for New Zealand, Edmund Santara, the visit was also entirely in keeping with PN’s double standards on everything.

No one else can go on holiday in Malaysia under the present gruelling SOP situation, so how fitting that the man tasked with making things better should flag up tourism as a way forward in order to enjoy an inaugural holiday for one (plus pampered family seen in the background) rather than doing his urgent job.

Did they re-open a 5 star hotel just for him? Without a doubt.

Equally fitting that he was met by a party-hopping millionaire businessman MP whose treachery was critical to PN’s seizure of power in the first place by overturning an elected government. Mahiaddin has piously together with his successor belatedly deplored party-hopping and agreed to implement a ban on the practice as a ‘key reform’ in return for budget support (which they absolutely do care about) from the opposition.

This will lock in hoppers like Santara, so win win!

When such ‘reforms’ can be accepted as concessions by the opposition, Mahiaddin probably considers himself entitled to think they will accept his holiday/ongoing convalescence as a serious stab at addressing the desperate problems facing the country.

Malaysians can at least conclude that the less this man does in any capacity the better and that the longer both he and Santara live it up on holiday at the public expense in Langkawi the less damage they will do elsewhere.