…. The ruling is a landmark for white-collar crime and Switzerland: Leemann is a rare banker to be tried for money laundering and enabling corruption.

Leemann was «effectively the private banker» of al-Qubaisi, the Swiss court wrote in the ruling. However, prosecutors couldn’t demonstrate that the Swiss executive knew al-Qubaisi was acting in bad faith, the court ruled, noting it had arrived at the decision «in dubio pro reo».

Falcon wasn’t as lucky: the bank was found to have a highly problematic set-up which fostered wrong-doing, the ruling found. «The organizational deficiencies and inadequate execution through internal orders, or the factual absence, were causal in not recognizing the incriminating business related to money laundering,» presiding judge Silvia Frei wrote in the ruling. 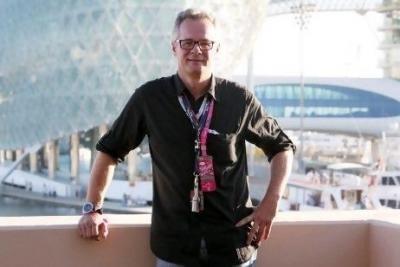 Ex- Falcon Bank CEO free to go back to work

Once more the ‘principle’ has been upheld that white collar crime should be considered virtually non-existent in the finance headquarters of the world dominated by banking interests, such as Switzerland, the UK and New York.

Leemann was the experienced ex-Goldman Sachs banker in charge of running Falcon Bank for the brigands from the Abu Dhabi sovereign wealth fund Aabar. However, the Swiss judge has found that it was not demonstrated that he knew his bosses were all crooks.

However, what the judge did acknowledge was that the set up presided over by Leemann (whose experience means that he ought to know how a bank should be run) was such that it was designed to “foster wrongdoing”. One wonders why he allowed an organizational structure that positively encouraged criminal money laundering activities, such as 1MDB, however the judge is ruled he cannot be blamed.

So, Leemann, whom Fine News point out in their wider report is a very rare banker to be brought to trial in Switzerland or indeed anywhere else, is found innocent – as have the numerous other players in Goldman Sachs who took huge bonuses from 1MDB but were never charged for their involvement. Likewise the executives of dozens of other banks which have themselves been fined, sanctioned or like Falcon closed down over 1MDB bringing no direct consequences to the executives who made the decisions themselves.

Likewise also the entire off-shore system that is equally set up and organised with the sole purpose of laundering criminal proceeds or hiding taxable income. As long as those who operate this system are not considered liable for the corruption that it is designed to foster this criminal behaviour will continue at the expense of everyone else. Switzerland, the City of London and the power-mongers on Wall Street will doubtless take a great deal of convincing given their culture of dependency on the super-rich.